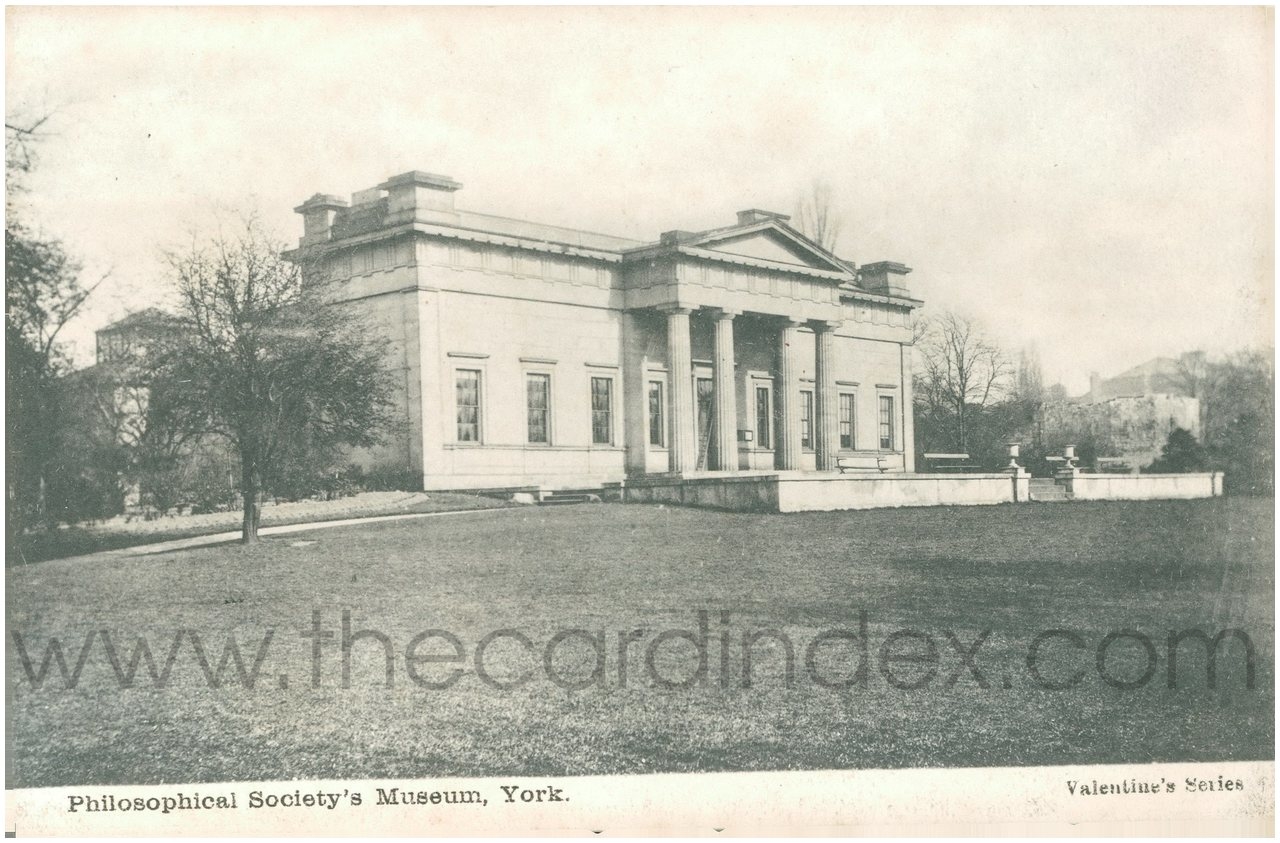 What better day that World Philosophy Day to put up a postcard of one of my favourite buildings in York, based in the Museum Gardens. The Yorkshire Philosophical Society, founded in 1822 is a charitable learned society which aims to promote the public understanding of the natural and social sciences, particularly in the context of Yorkshire. Click to take a closer look! 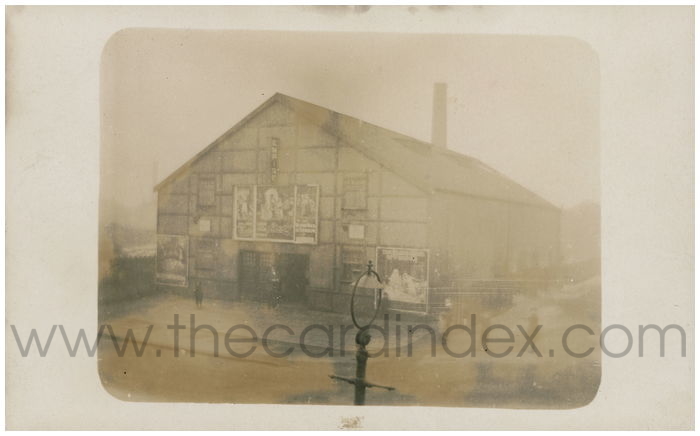 This building looks like it could be a warehouse, or some kind of goods shed, but on closer look, you can see posters advertising theatre or some other kind of production. A man stands guard at the front door. If you look really closely, there is a sign above the front door and posters which says: “EMPIRE”. Where could this be? 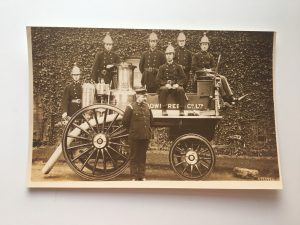 Rowntree’s are known for many tasty creations, including Kit-Kats, Smarties, Aeros and Fruit Pastiles but most people are unaware of how involved the founder of this confectionary business was in relation to social reform, improving the lives of his employees and helping the wider community. The company, founded in 1862 in York by Joseph Rowntree became so big that it even had its own fire brigade which would often assist the city brigade with large fires! Rowntree’s philanthropical impact can be felt in York even today. 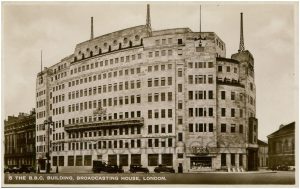 On this day in 1922 the British Broadcasting Company began radio service in the United Kingdom. Broadcasting House is the headquarters of the BBC, in Portland Place and Langham Place, London. The first radio broadcast from the building was made on 15 March 1932, and the building was officially opened two months later, on 15 May. Grade II listed, the main building is in Art Deco style, with a facing of Portland stone over a steel frame.

Click on the image to get a better look! 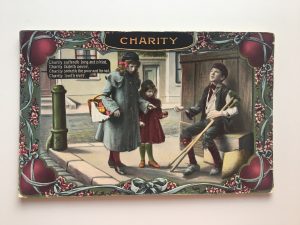 It’s World Kindness Day today, a day to celebrate and promote kindness. What better postcard to celebrate that this one, sent in 1910 which contains a striking image of benevolence, together with a verse to celebrate goodwill. 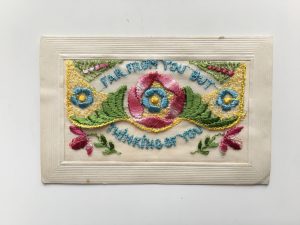 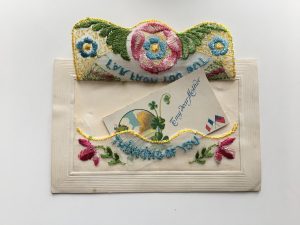 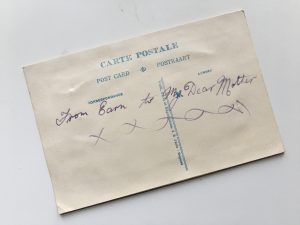 “Far from you but thinking of you”. I love this embroidered silk postcard made in France during the First World War and as the message on the back shows, was sent by a soldier on active service to his mother. If you scroll to the second image, you’ll see that there was a smaller card inside the silk lining stating: “To my dear Mother” 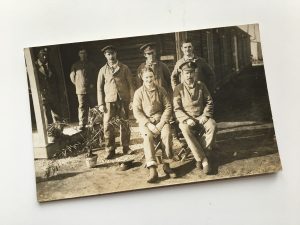 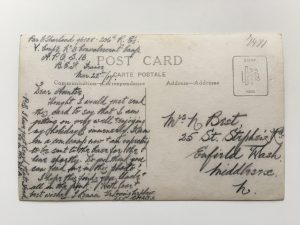 Here’s an image of what appears to be soldiers recuperating in a convalescence camp in France with a message from Chas to his Auntie on the back of the postcard detailing his break at the camp. 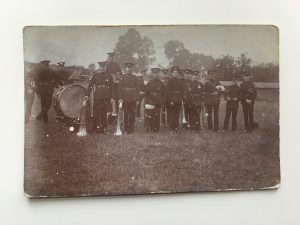 A rather nice postcard of the Royal Marine Light Infantry band posing for this image! 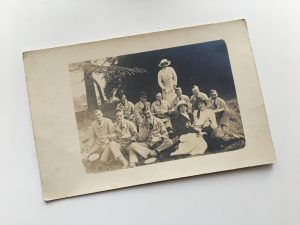 When he arrived back in England, a battle wounded soldier was sent to a hospital specialising in his type of wound or to one of the numerous convalescent homes in the UK. There, he was issued with a special hospital uniform consisting of a blue single-breasted jacket with a white lining – worn open at the neck, blue trousers, a white shirt and a red tie. This is an image of a group of wounded soldiers in such uniforms being treated at the Auxiliary Military Hospital in  Greenstead Hall, Halstead in Essex. 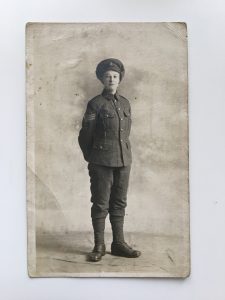 During the First World War it was common for women (and children) to dress up in the uniforms of their loved ones who were involved in the war effort. This is a postcard thought to be from around 1915 of Mrs D.N. Reynolds wearing her first husband’s uniform. He sadly lost his life in the First World War.